Marvel Crosson, although perhaps Alaska’s most famous, was not the only female pilot to get her license or fly in Alaska in the early years of aviation history. In fact, women pilots in Alaska were more plentiful than history books let on. Those exposed to aviation were longing to fly, and women especially were inspired by Amelia Earhart’s 1932 solo transatlantic flight from Newfoundland to Ireland, and her speeches and articles, such as, “Should You Let Your Daughter Fly?” (2005. Fratzke, Jenifer. Alaska’s Women Pilots). Mary Worthylake, an Anchorage pilot, and Irene Irvine-Ryan were such pilots in Alaska in 1932 (1991. Bruder, Gerry. Heroes of the Horizon). 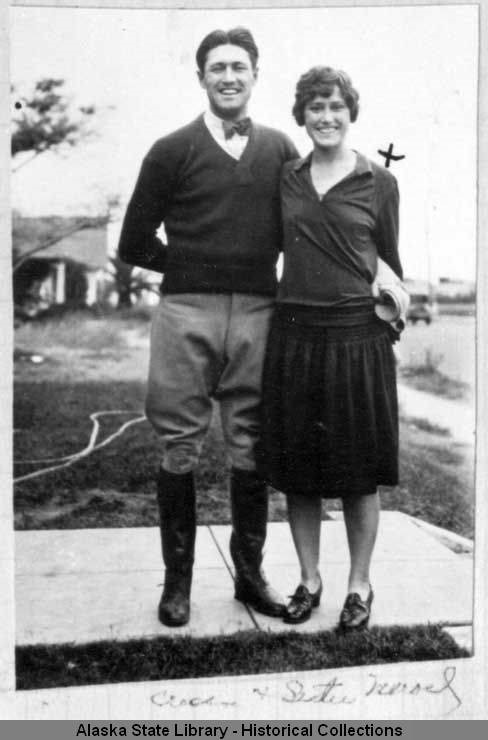 Identities of other women pilots are a mystery.

For example, who was Mrs. E. Silkwood, purported to be the first woman pilot licensed in Alaska?